The boost button on Facebook, if you have a Facebook page/business you’ve probably seen this button or suggestions from Facebook to “boost” a particular post. Now, if you’re somewhat aware of what’s going on in social media in 2019 you’ll know that organic reach across Facebook has hit the floor. Even if you’re not particularly savvy you might have noticed that your Facebook posts are not getting the same amount of reach, likes, comments and views as they used to.

Things you can’t do when you hit “boost”:

Set a campaign objective
You can’t tell Facebook what you want to do with your ad. Facebook gives advertisers 10 objectives for a campaign. When you hit ‘boost’ you only get one “engagement”. This doesn’t really take advantage of Facebook’s advertising platform and usually does very little to drive business results.

You don’t use Facebook for what it’s REALLY good for: Targeting
Boosting a post only gives you very limited demographic targeting options: in the fully-fledged ads manager, it is possible to target only people who “are married, work in the police force, like dogs and support Birmingham city football club”. An exaggerated example of course, but the detailed targeting Facebook allows means your ad budget is spent ONLY on people who are more likely to be interested in your product/service. Hitting the boost button gives you very limited targeting options and by default selects “people who like your page”. Not very good then, if you want new customers.

You can’t run ‘dark posts’
Facebook ads when published do not appear on your Facebook page. For some, this is not such a big deal. But for others this is invaluable. For example, if you run a restaurant and want to run a promotion or special offer to entice new customers, you don’t want to be discounting your existing customers who are probably going to visit your restaurant anyway. Running well set out Facebook ads allows you to reach new customers without upsetting or unnecessarily discounting existing customers. This might come across as being too commercially minded, we don’t judge, we just execute brilliant Facebook ads.

You probably don’t have conversion tracking set up
This is one of the single most important parts of running Facebook ads; being able to track your conversions. This involves having a Facebook pixel installed on your website and event tracking set up, along with custom audiences. If the last few sentences went over your head, put down the boost button and give us a call. It’ll be, at least, the second best thing you’ve done today.

Without a proper funnel set up to make the most of your Facebook ads, you will fail to squeeze the most out of your ad spend and creative.

One could sit all day and decry the benefits of the boost button. But alas, this blog post is coming to an end.

People who regularly boost their posts get excited by the sheer number of impressions boosted posts often receive. However, a majority of the impressions will be delivered to people who are probably not interested in what your product or service is offering to begin with and will do little to drive commercial intent. Your boosted Facebook post was just forced into their newsfeed, did little to inspire action or inform and by the time you finish reading this sentence, they have probably forgotten you exist.

You may have heard the saying in business “revenue is vanity, profit is sanity”.

At Nous and at Cakecrumbs, we like to say ‘impressions are vanity, conversions are sanity’. 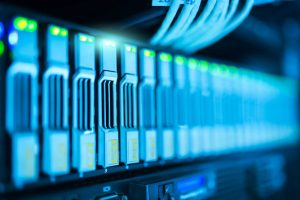 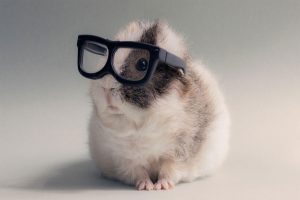